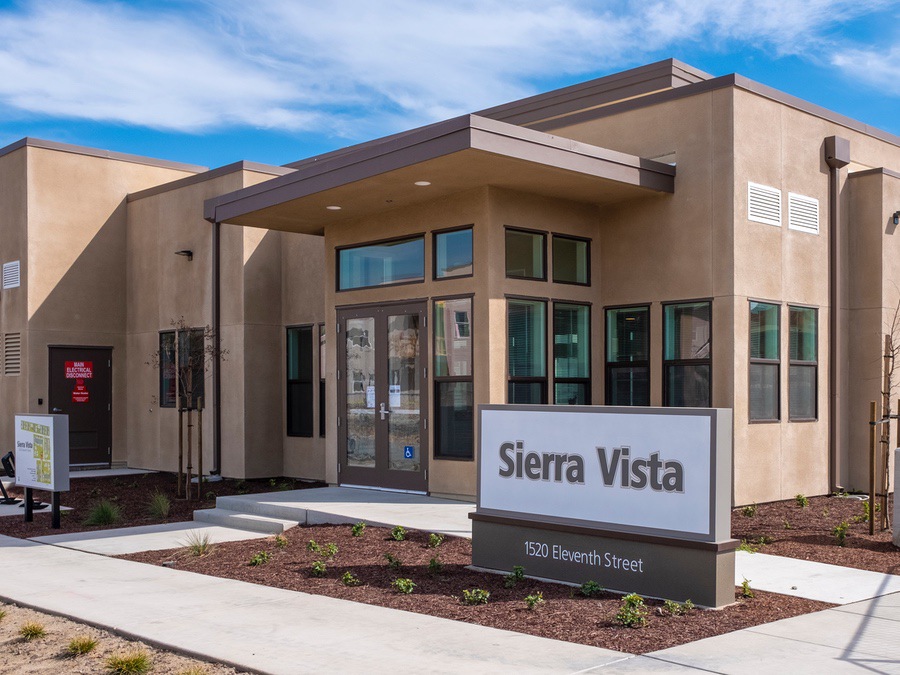 The Housing Authority of the County of San Joaquin (HACSJ) and Central California Housing Corporation (CCHC) has redeveloped the large multi-family apartments known as part of Sierra Vista Phase II.
Sierra Vista, located in south Stockton, south of Dr. Martin Luther King Jr. Boulevard (formerly Charter Way), is home to approximately 274 families. The second phase of redevelopment came quickly on the heels of a March 2017 Low Income Housing Tax Credit (LIHTC) award of $24 million. The second award in July 2018 of $25 million of LIHTC equity provided a necessary component of the financial structure for this second phase. The project utilized funding from the US Department of Housing and Urban Development’s Public Housing subsidy and Housing Choice Project-Based Vouchers to maintain affordability. The LIHTC awards, along with capital contributions from HACSJ, the City of Stockton’s Affordable Housing Impact Fee Reduction Program, and the City of Stockton’s HOME funding, launched the second phase. These funds have provided the construction of 100 one-bedroom to four-bedroom modern, energy-efficient units (including solar).

HACSJ has struggled to meet the property’s capital needs due to the units’ age and physical condition, which has led to its deterioration in both efficiency and utility. With an estimated $32 billion national backlog in capital needs for public housing and a proposed federal budget that contains a 68% reduction in capital fund dollars, this type of development takes on increased urgency.

Construction is complete and the units have been occupied.
DOWNLOAD
DEV. SUMMARY